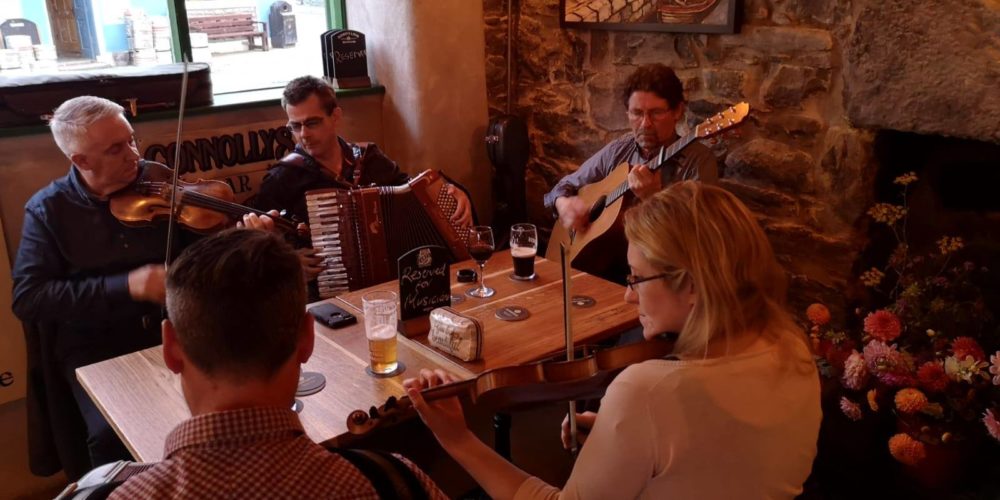 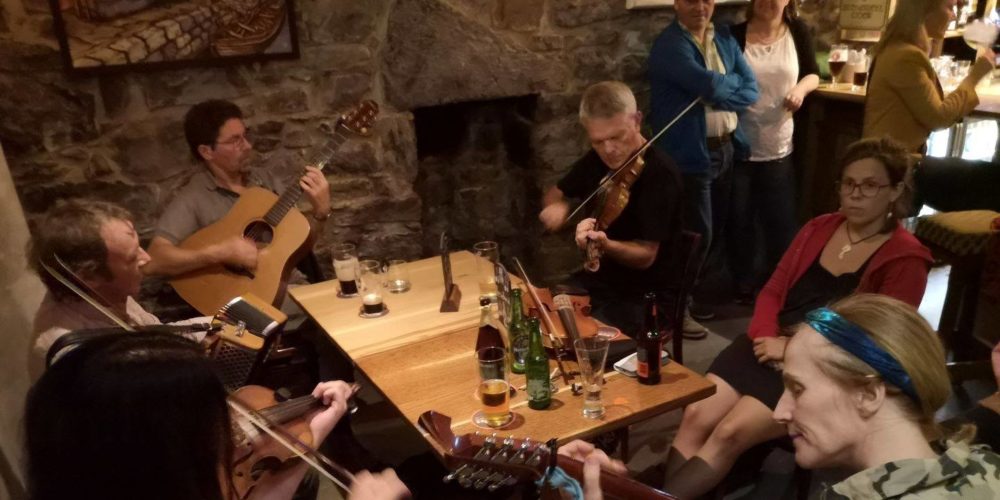 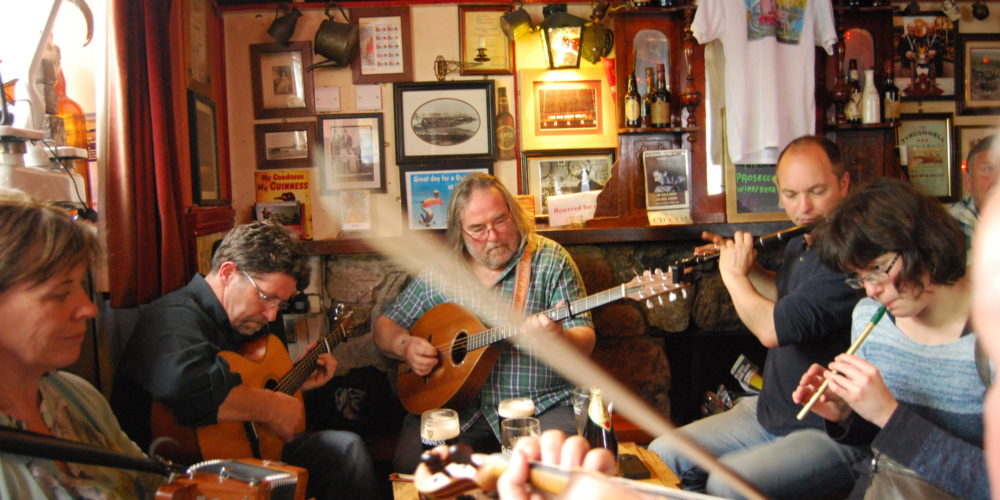 They cover four tunings, standard, dropped D, double dropped D and DADGAD. I introduce a handful of right hand styles, using fingers and plectrum, on steel- and nylon-strung guitars. I cover popular tune types - reels, jigs, hornpipes and slip-jigs. Each lesson has a split-screen video, a downloadable chord chart and chord windows, and an mp3 of the melody played without accompaniment as a play-along when you’re ready.

Volume One has 14 video lessons, and introduces four tunings - standard, dropped D, double dropped and DADGAD. It has some straight-ahead right hand approaches, so may be a good place to start if you’re new to Irish accompaniment.

Volume Two has 16 video lessons, and focuses on Dropped D and double dropped D. It introduces some more contemporary right hand styles, with some driving rhythms.

Complete course has both volume 1 and 2 together, at a discounted price.

Bite-size lessons to get you started!

Check out my new mini-lesson series on my Patreon page. Become a patron, and you can download a chord sheet, chord windows and an mp3 of the melody for each lesson, or watch for free on Youtube. Click here to go to Patreon.

“In three months, I’ve made a lot of progress. (I play guitar but I’m used to blues/rock and pop songs.) Unlike others, this production is very complete, full of good advice and very very understandable tips. The CD is well recorded, you hear exactly what he plays and the notation is 99% suited to the CD, which is rarely the case with other methods. I am a teacher in science and mathematics, very demanding about clearness and with this book I found exactly what I was looking for.” Gervais Pradervand, Switzerland

“It is a real challenge for me to meet Irish Music with modern guitar comping. Dealing with your books I found a very fast approach to the stuff, especially the changing to DADGAD was a great experience for me and extremely helpful. I like the structure of your books handling examples in each tuning and the different examples of playing styles are great. Also the representative collection of different kind of tunes. And I think it is enjoyable reading, too.” Dr.Stefan Weigelt, Germany.

I buy and use many, and yours is exceptional – well organised, really far- and wide-ranging, beautifully laid-out, clear for the learner, and musically impeccable. Chris Allan, Seattle.

“There are a few instructional series out on the market now but yours is truly the best I have come across. You have a great teaching style, something that is lacking in other books” Lin Shields Swicker, USA

Frank Kilkelly grew up in Castlebar Co.Mayo, and learnt his craft playing guitar in countless local sessions in the mid–seventies, as traditional music was enjoying a revival. In 1986 he moved to London, and while there toured and recorded with many musicians prominent on the English folk circuit, working regularly in Europe and the USA. Amongst others, he worked with accordeonist Luke Daniels, harmonica player Brendan Power, singer Maggie Boyle, legendary Scots/Irish band Boys of The Lough, singer and piper Christy O’Leary.

From Ireland, he worked with singer Sean Keane, piano accordeonist Alan Kelly, as well some jazz –flavoured acoustic bands while based in London. In 1998, he moved back to Ireland, and since his return, he has worked with Mairtín O’Connor, Cathal Hayden, Sharon Shannon, Finbar Furey, Charlie Lennon, Frankie Gavin & De Danann, Dermot Byrne & Floriane Blancke, among others.